Podcast Unsettling Knowledge: Teaching during the #BLM Movement (by The Decolonization Group) 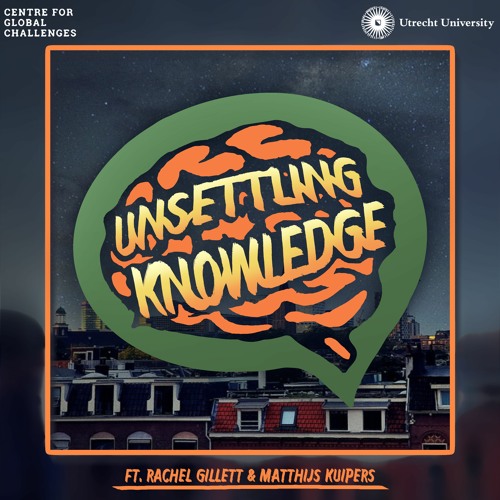 The Decolonisation Group at Utrecht University is an interdisciplinary gathering of researchers from the fields of history, law, economics and political science who want to explore how colonialism and decolonisation shaped and is still shaping global and academic issues.

From the Dutch ‘rijsttafel’ to contested street names, from the Eurovision Song Contest to sports and racism, the new “Unsettling Knowledge” podcast reflects on how empire and colonization have shaped contemporary society and culture. Together, hosts Dr Rachel Gillett and Dr Matthijs Kuipers, speak with scholars, community members, and experts, to uncover traces of empire in the present and confront controversial topics head on with those involved.

In 2020, the murder of George Floyd by a police officer evoked a mass public response in the U.S. and beyond. It sparked global protests against police brutality and against racist violence. Local anti-racist movements and campaigns throughout Europe called on their communities, gathered support and worked in solidarity with #BLM groups in a wave of protests and actions. One result was to expose the invisibility of discussions of racism and racialisation in national education systems and call for educators to address these topics and conversations in the European context.

In this episode Rachel and Matthijs reflect on the experience of teaching a course on the history of racism, during the peak of 2020’s #BLM protests. They do so in conversation with student guest Stuart Duncan, and with contributions from other students in that class.

Listen to all podcasts online here.